Lincoln County’s Recovery Court held its second graduation ceremony on October 31, 2019.   It may have been raining and cold outside but inside the United Methodist Church in Fayetteville, warmth and happiness is what was felt. Tony Patterson, Program Director, talked a few minutes about the men and women who were going to be honored. He told family and friends who were in attendance how these people were his hero’s and how they were going to be the change for those that come after them. He challenged them to be there to lift the community up and show others that this can be done, and they can be successful.   Each of the graduates then came forward to explain what allowed them to make it through the program. Jordan said that the program had offered him many chances to start over again saying “ I do not want to be the same person I was anymore”. He said it had been a long journey and he was grateful for the people there along the road. Edward told everyone that the program had given him the ability to deal with being overwhelmed and allowed him to get back on his feet. He said, “I took drug court because I wanted to be different.” Dustyn commented that he was glad that Recovery Court gave him a chance to be a better person adding, “the drugs never let me have as much fun as I have now clean and sober.”   Lincoln County General Sessions Judge Andy Myrick, who leads Recovery Court preceding’s, had the highest praise for these graduates saying, “this group has gone from being defendants to being friends and I am going to miss them”. He also spoke about the program saying that it is helping to stop the repeat offenders he sees coming through his courtroom and added that he was very glad to be able to add more names to the plaque and hopes to continue to add more names.   Recovery Court is a partnership between the Judge, District Attorney, Defense Attorney, the Probation Office and SCHRA Justice Services Department . This is an opportunity for those who find themselves with the choice of continuing on their path or voluntarily joining a program to turn their life around. Those allowed into the program must be a non-violent offender and show the partners they would be an appropriate candidate. The program strives to enhance public safety and improve the communities quality of life by addressing the needs of the non-violent offender giving them the treatment to become positive, responsible members of the community and gaining healthy, sober and productive lives. 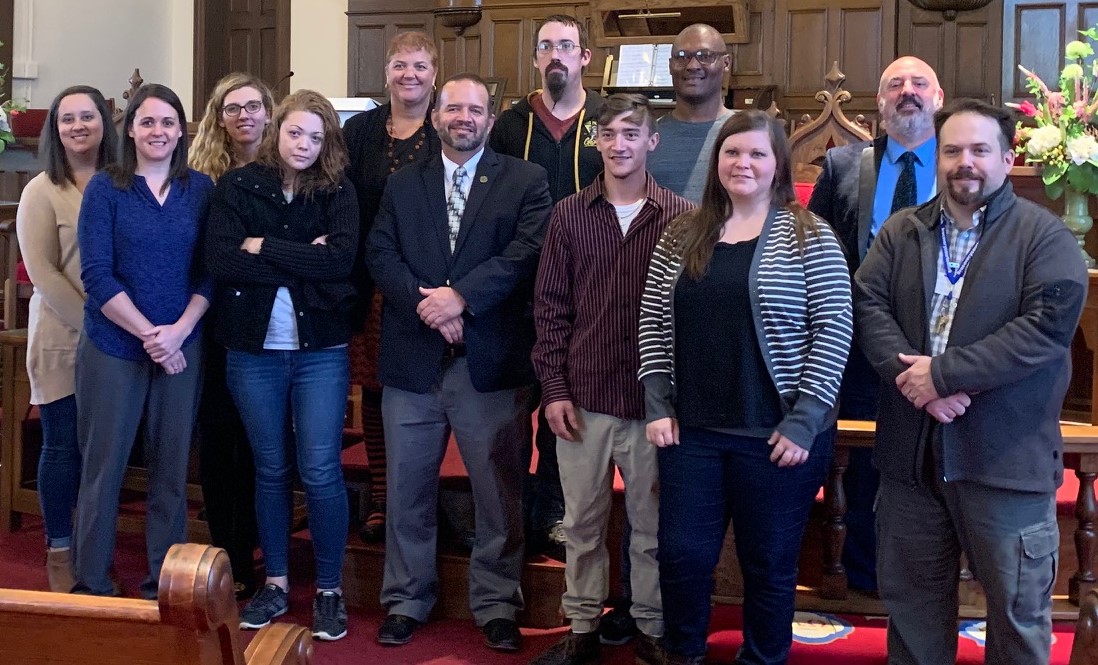